Soylent shakes up its executive team, naming Demir Vangelov as its new CEO

Soylent, the once high-flying Los Angeles-based meal replacement startup that has raised $72.4 million in financing from investors including Google Ventures, Lerer Hippeau and Andreessen Horowitz, has shaken up its executive team.

This week, the company announced in a blog post that the company’s chief financial officer, Demir Vangelov, would be taking over the top spot at the company and current chief executive Bryan Crowley would be stepping down.

“We would like to thank Bryan Crowley for his immense contributions to the company,” wrote Soylent chairman and founder Rob Rhinehart, in a statement.

Vangelov, who’s taking over from Crowley, previously served as an executive at the milk alternative company Califia Foods and at Oberto Foods, so he knows consumer packaged brands.

Crowley came to the company with grand ambitions to revitalize the Soylent brand and product line. The company had introduced a line of snack bars to complement its line of powders and drinks, while updating its drink line with a nootropic beverage containing caffeine and supplements supposedly designed to boost cognitive performance in addition to providing a meal replacement.

Soylent also set up fancy digs in Los Angeles’ arts district and established a Food Innovation Lab, which only a year ago awarded $25,000 to a few food startups working there.

Now, only a year later, the Food Innovation Lab is shuttered and Soylent has moved to a smaller office space. The company declined to comment on the news or its new strategy.

In some ways, Soylent may suffer from being a progenitor of an investment thesis which has passed it by. When the company launched in 2013, it was a fairly novel idea to start a new food brand, as Rhinehart notes in the blog post announcing the executive change:

Soylent started as a movement. In 2013, there was scarcely any innovation or attention to one of the world’s most important product sectors: our food. Today, innovative food companies are performing record-breaking IPOs, new retailers are raising massive growth rounds, and food, agriculture, and ingredient technologies are some of the most disruptive startups in the ecosystem. But we still have a lot of work to do to fulfill Soylent’s mission of nutrition for all.

Today we are making some changes at the company. We are renewing our commitment to being transparent, authentic and science-driven, all while putting the customer first. To do this we are going to re-focus on our core products. We will be improving our current product line as well as bringing some truly innovative ideas off the shelf and into the market, and we will be improving our prices by focusing on quality over quantity when it comes to distribution and marketing. 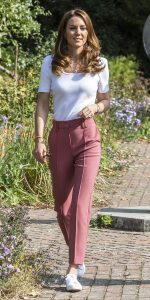 Decade Game: How well do…

How Do I Know If…

Ginsburg Will Be First Woman…