When it comes to the so-called “consumerization of the enterprise,” a workplace tool that looks an awful lot like Pinterest seems like it would be the trend’s final form. Brooklyn-based Air is building a digital asset manager for communications teams that aren’t satisfied with more general cloud storage options and want something that can show off visual files with a bit more pizazz.

The startup tells TechCrunch that they have closed a $6 million seed round led by Lerer Hippeau. RedSea Ventures, Advancit Capital, WndrCo also participated.

General purpose cloud storage options from Google or Dropbox don’t always handle digital assets well — especially when it comes to previewing items, and Air’s more focused digital asset management competitors often require dedicated managers inside the org, the company says. Air has a pretty straightforward interface that looks more like a desktop site from Facebook or Pinterest, with a focus on thumbnails and video previews that’s simple and sleek. 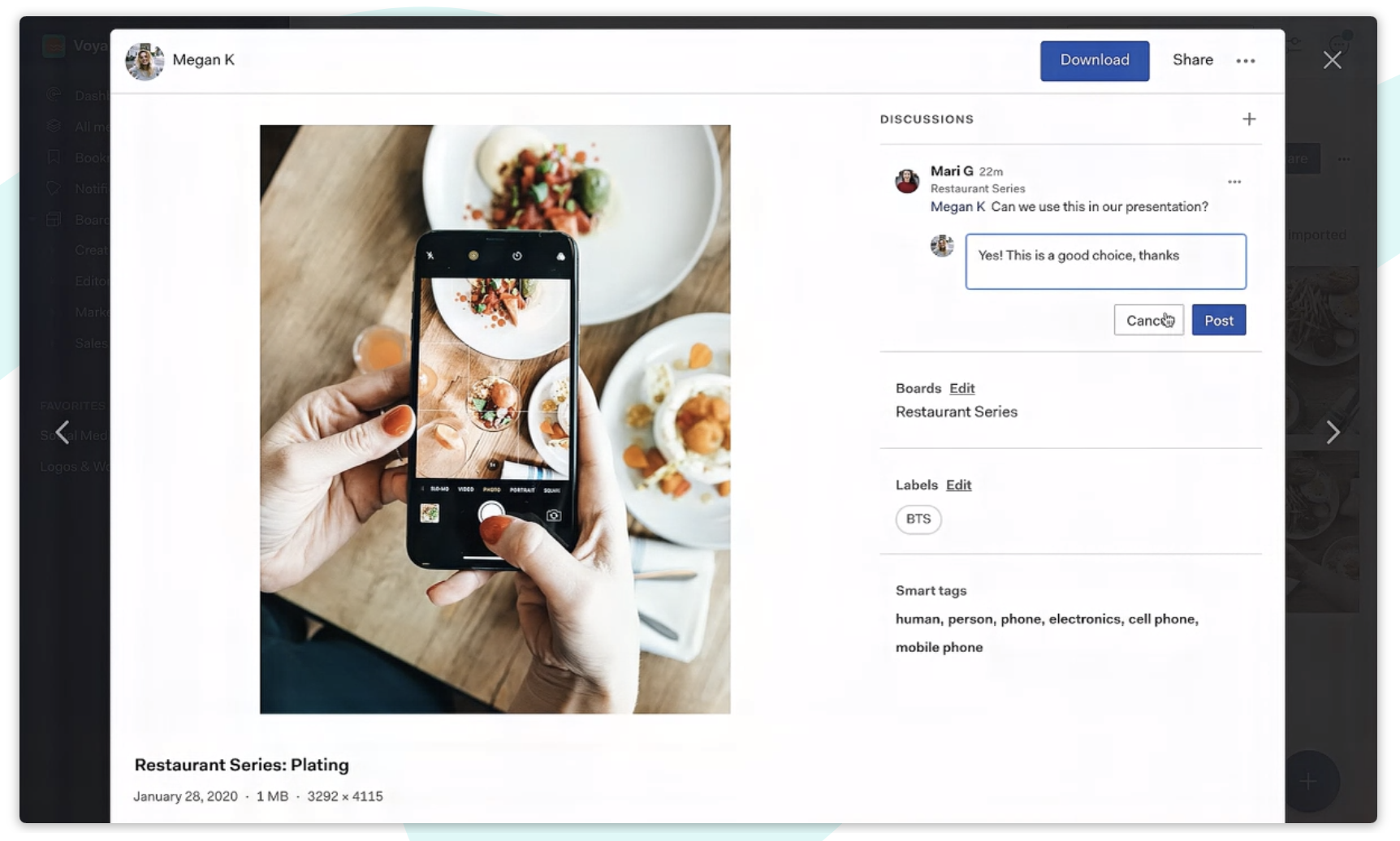 Air is trying to capitalize on the trend towards greater à la carte software spend for teams looking to phase in products with very specific toolsets. The team is generally charging $10 per user per month with 100GB of storage included.

“Adobe is an amazing suite of products, but with the idea that companies are mandating the tools that their employees use versus letting their employees choose — it makes a lot of sense that teams are going to ultimately end up having more autonomy and creating better work when they’re using tools that they care about,” Lerer Hippeau managing partner Ben Lerer tells TechCrunch.

Air lets customers migrate files from Dropbox or Google Drive to its AWS-hosted storage platform which displays files like photos, videos, PDFs, fonts and other visual assets as Pinterest-esque boards. The app is a way to view and store files, but Air’s platform play focuses pretty heavily on giving co-workers the ability to comment and tag assets. Collaborating around files is a pretty easy sell; a couple of users discussing which photo they like best for a particular marketing campaign doesn’t require too much imagination.

The team has been focusing largely on attracting users in roles like brand marketing managers, content coordinators and social media managers as a way of infiltrating and scaling vertically inside marketing departments.

“What Airtable did to spreadsheets and what Notion did to docs, we’re doing for visual work,” CEO Shane Hegde told TechCrunch in an interview. “As we think about how we differentiate, it’s really that we’re a workspace collaboration tool, we’re not just cloud storage or digital asset management…”