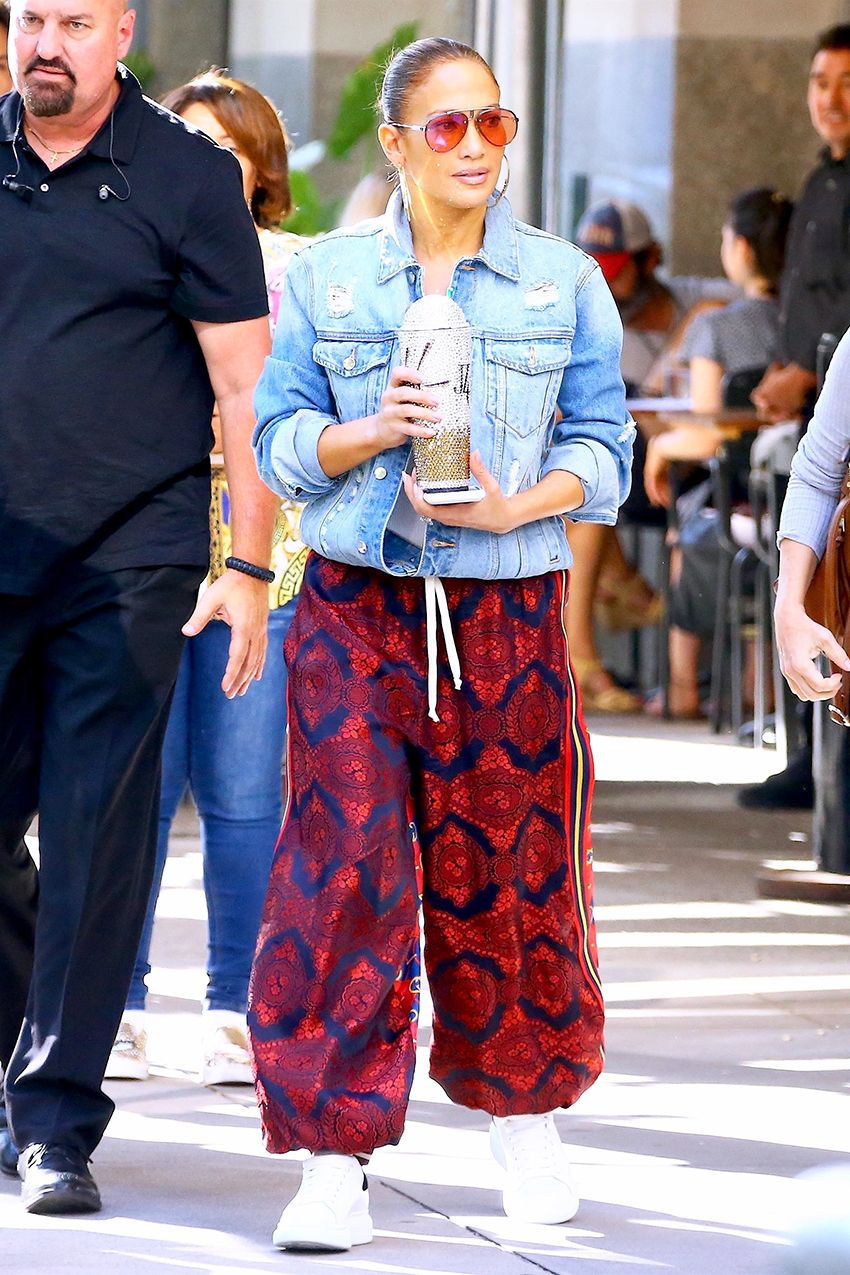 Jennifer Lopez is currently touring the country, and because she’s J.Lo, her outfits between shows have been well documented—especially in cities like NYC, where she performed at Madison Square Garden over the weekend (well, she tried to but a poorly-timed blackout forced her to end the show early).

On her way to the show, Lopez wore a casual look that included sneakers, a denim jacket (which she interestingly buttoned at the waist) that’s part of her tour merch collection for Guess, and her favorite Alexander McQueen sneakers. But the focal piece of the look was her Gucci parachute pants, which ring in at just under $2k. The voluminous track pants clearly have plenty of fellow fans, as they’re nearly sold out at most places they’re stocked. While Lopez chose to dress them down, we could easily picture her wearing them with heels and a crop top.

Keep scrolling to shop the look and similar pairs of parachute-style Gucci pants that J.Lo would surely love.

Next up, 3 items Jennifer Lopez wears instead of jeans.