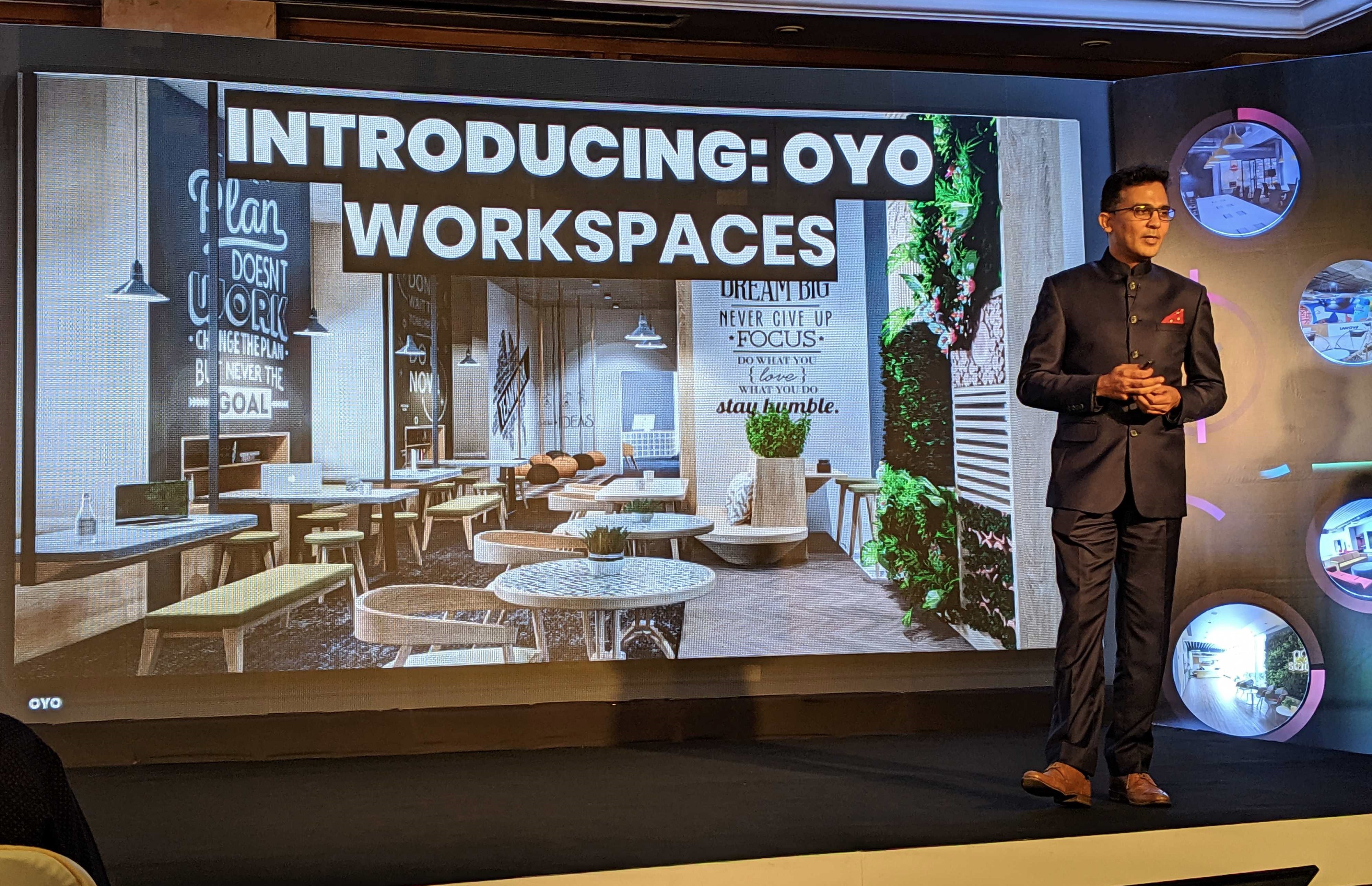 India’s Oyo has expanded its hotel chain business to over 80 countries and entered co-living spaces segment in recent years. The firm, which has raised about $1 billion in the last two quarters from several big names including Airbnb, has now identified a new market to target: co-working spaces.

The Gurgaon-headquartered firm on Tuesday announced Oyo Workspaces that is already operational across 10 cities in India with over 20 centres.

At a press conference in New Delhi, Rohit Kapoor, CEO of New Real Estate Businesses, said Oyo plans to have 50 Oyo Workspaces centres by the end of the year and aims to make it the largest co-working business in Asia by the end of next year.

As part of the announcement, Oyo confirmed that it has acquired Innov8, a co-working startup with over 200 employees and 16 operational centres. The four-year-old startup, which had raised about $4 million to date, was acquired for about $30 million, two sources familiar with the matter told TechCrunch.

Innov8 is one of the three in-house brands that is part of Oyo Workspaces. The other two brands — Workflo and Powerstation — are aimed at people who are looking for more economical offering. A user could access one of these co-working spaces for as low as Rs 6,999 ($102) a month. Innov8 has been positioned as a premium option.

The co-working space market is worth about $390 million in India. Kapoor said the Oyo believes it can not only become a market leader in the nation but also expand the market size itself.

Oyo Workspaces will offer a range of services such as a Wi-Fi connection, in-house kitchen, housekeeping, storage and parking spaces,across all of its centres. It will also offer monthly and quarterly passes — currently being offered at heavily discounted rates, that will allow users to avail a number of features at cheaper price points.