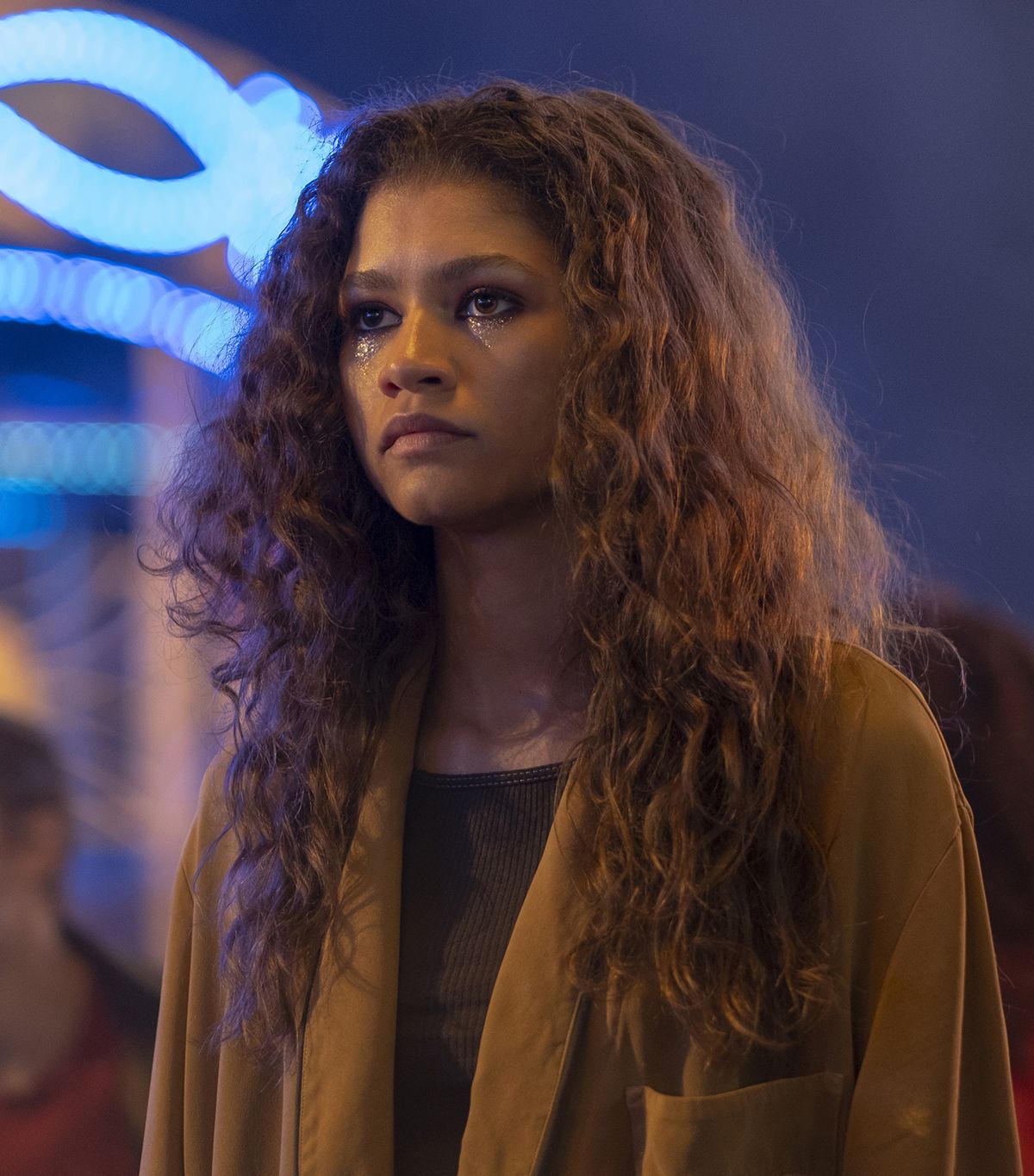 HBO’s latest runaway hit series Euphoria feels much less a TV show and much more a culturally charged experience. The characters and their trippy pathways of trials and tribulations aren’t something you passively watch. Rather, they punch you in the stomach with brutality, poignancy, and breathtaking cinematic visuals. The effect? Truly transportive—and deliciously addictive—television.

The characters are strong, the production is strong, even the soundtrack is strong, but it’s the achiness emanating in between the lines that instigates the soul-twisting reaction everyone can’t stop talking about. A Crayola-colored fusion that melts the raw dramas of teenage-dom with whimsical touches of fantasy, escapism, and lots (and lots) of glitter. It was the show’s lead makeup artist Doniella Davy’s job to convey all that and more on the canvas complexions of the cast’s four leading ladies: Rue (Zendaya), Jules (Hunter Shafer), Kat (Barbie Ferreira), and Maddy (Alexa Demie).

Wildly successful, the series plays host to a non-stop current of gape-worthy beauty and makeup moments that are so good they almost distract from the show’s harrowing plotlines. Euphoria might not be easy to stomach, per se, but we’ve never so hungrily consumed the zoom-worthy shots of crystal-studded eyelids, neon-washed brow bones, or lacquered and glitter-crusted lips. Yep, beauty can be soul-shaking, and Euphoria is A+ proof.

In honor of the show’s season one finale (airing today!), we asked Davy to choose her four favorite makeup moments, starring Rue, Jules, Kat, and Maddy, alongside each look’s inspiration and step-by-step instruction. Oh, and you need not be intimidated, because she’s also serving up tips along the way as to how to make each look a bit more wearable. Just in case, you know, carnivals and house parties dizzied with marijuana and dripping with Molly aren’t on your upcoming social agenda. Keep scrolling! Here, Davy breaks down the show’s top four makeup looks—and for those who haven’t watched, tread carefully! Some spoilers lie ahead.

If neon feels a bit too bold for you, Davy says you can take the vibe of this look down a notch by making the overall shape and reach of the eye shadow smaller, not taking the red color as far inward, or by switching the shades of neon for subtle pastel versions of the same hues.

“I think this look is totally wearable, but you could experiment with making the shape of the green a little smaller to just occupy the lower lid,” confirms Davy.

Aside from Maddy’s glittery lips, which Davy says are actually pretty uncomfortable to wear, she feels this look is super wearable. She recommends experimenting with different colors of liner beneath the rhinestones or forgoing the rhinestones altogether if you don’t want quite that much sparkle.

Up next: Hunter Schafer Is the 2019 Breakout Star We Didn’t See Coming