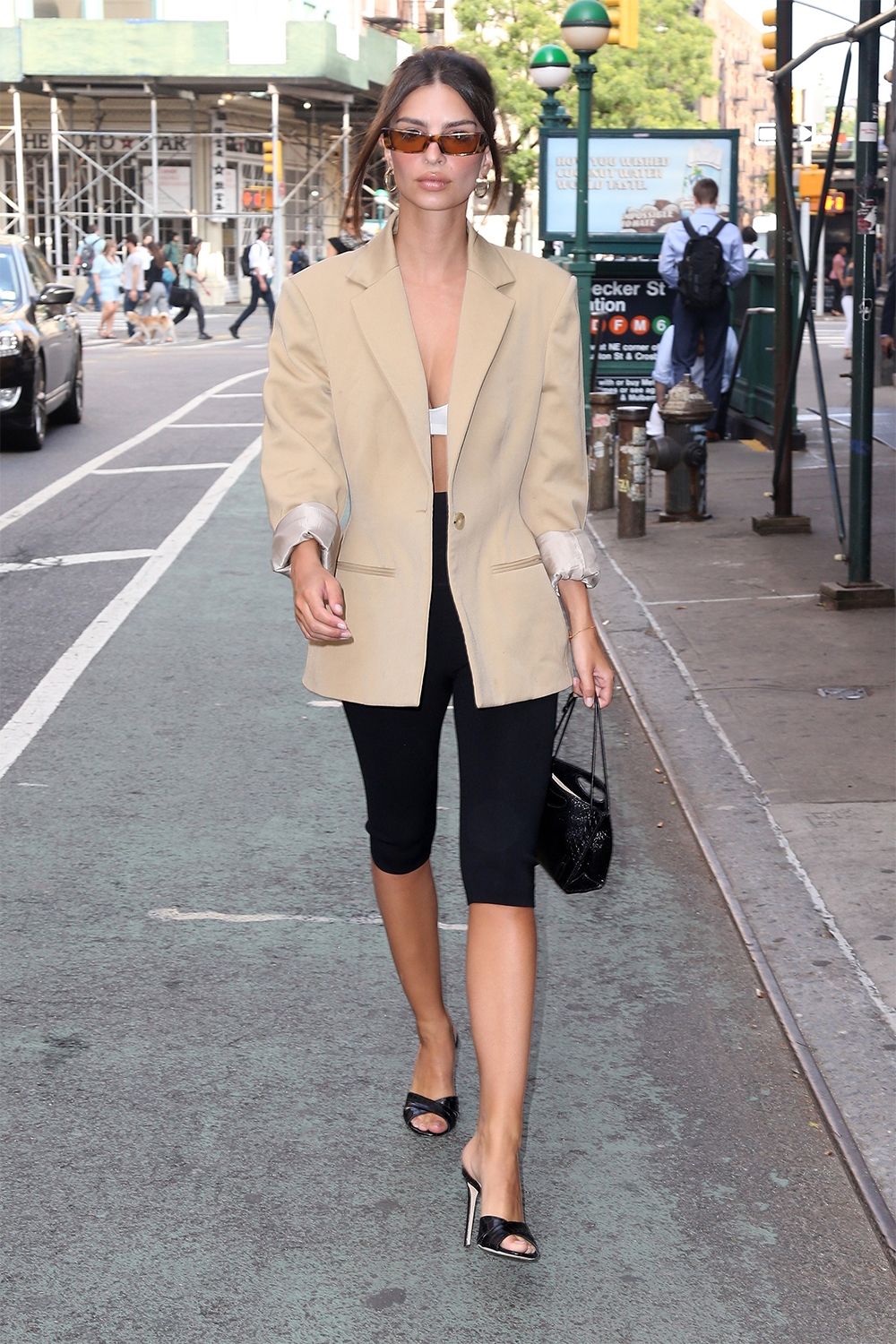 It’s not hard to see that Sex and the City‘s infamous character still wields a massive influence on fashion even 15 years after the show’s final episode aired. Just based on the sheer number of Who What Wear stories covering Carrie’s style, you’d think the show never went off the air. But we’re not the only Carrie fans over here. In fact, Emily Ratajkowski just re-created one of Bradshaw’s most memorable looks from season four, which comes shortly after Kim Kardashian re-created another iconic look.

While en route to an event in NYC, Ratajkowski wore capri leggings with a boxy blazer, mini bag, and ’90s-style mules and the whole thing instantly reminded me of something Sarah Jessica Parker would have worn in the show (and scroll down to see that she did indeed wear an eerily similar ensemble). Sure, the show’s costume designer Patricia Field definitely outfitted Bradshaw in some conversation-starting looks throughout the show’s six-season run, but I’d say her capri pants that inspired Ratajkowski’s look here rank high up on the list of her most controversial outfits.

You see, capri pants have gotten pushed to the back of our closets (if not ditched completely) in the wake of the bike shorts trend. But forgotten or not, Ratajkowski is ensuring that they live on and honestly, she nails the tricky look. Keep reading to see her outfit and the Carrie Bradshaw outfits it references. Then if you’re so inclined, shop the pieces you need to re-create it.