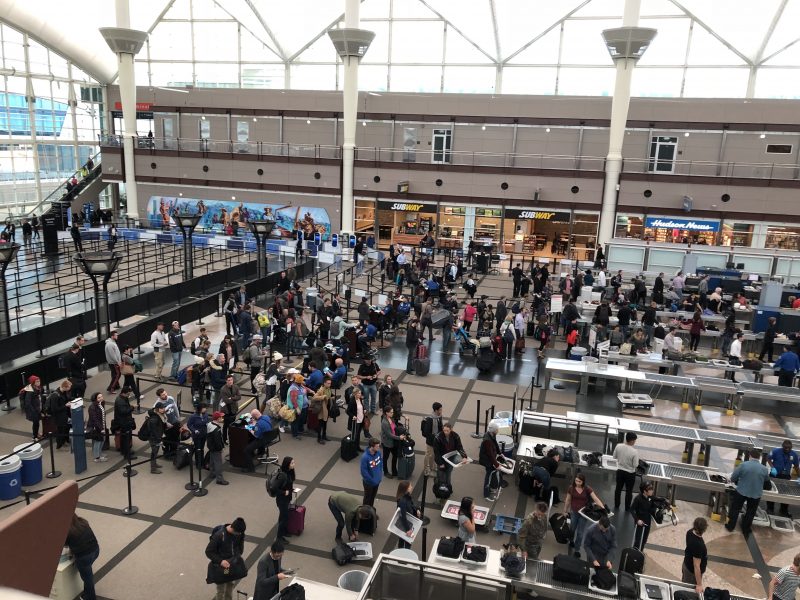 Carry-on restrictions: What not to bring on a plane

As airlines work to reduce their operating costs, passengers are finding themselves on the hook for fees that used to come standard with their airfare, for things like checked bags and seat selection.

For that reason, frugal travelers pack as much as they can into their carry-on bags, hoping to avoid hefty checked luggage fees. This isn’t much of a concern if you pack light, but you may face problems if you want to bring something on board that’s restricted by TSA.

So what can you bring on a plane? Find out in our ultimate guide to carry-on restrictions.

What items are restricted from being brought on a plane?

As you might expect, TSA won’t let you carry on items that could pose a danger to anybody on board — but what else is prohibited? Let’s take a quick look at examples of what you should either leave at home or tuck away into your checked bag.

If you’re traveling with just a carry-on, you’re probably going to need to bring some liquids, gels, or aerosols through security, but there are strict rules around how much you can take. To make it easy, remember the 3-1-1 Rule:

For the most part, you can’t bring anything that could potentially create a fire or an explosion. Unsurprisingly, items like fireworks, gasoline, and butane are off-limits. However, cigarettes, cigars and cigarette lighters (like disposable and Zippo lighters) are permitted.

Items that could potentially be used to cause harm (including firearms and sharp objects) should stay out of your carry-on bag, even if you’re legally allowed to carry them on the street. This includes swiss army knives, box cutters, ammunition and guns.

Even if you won’t need them on board, it’s always smart to keep your prescriptions and essential medical supplies in your carry-on in case your bag goes missing or is delayed. But be aware that you’ll need to label your supplies and declare them to TSA during your security screening — especially if you’re bringing things like insulin, syringes, or large quantities of liquid medications.

For the full list of what can and can’t be brought on an aircraft, check out the TSA’s website.

What items should you avoid bringing on a plane?

Just because you can bring something on a plane, doesn’t necessarily mean that you should (that is, if you can avoid it). While the following items that are officially allowed by TSA, you might get held up at security if you pack them. Let’s take a look at some examples.

While some toy guns are technically allowed through security, TSA advises passengers to keep these types of items in their checked luggage if possible. Simply put, it’s not worth the hassle of getting stopped by TSA because they’ve identified what looks like a gun or weapon in your carry-on bag.

TSA prevents passengers from bringing most household tools on planes since they could be used as weapons. Smaller tools (less than 7 inches when assembled) are allowed, but you’ll likely face a bit of extra scrutiny while making your way through security. Even if you’re just bringing a mini screwdriver, you might want to save yourself the headache and pack it in your checked baggage.

If you’re flying domestically, you shouldn’t run into any problems if you want to pack solid snacks, like pretzels, crackers, or hard candy. But if you’re going to bring any liquid-based foods, like jam, peanut butter, or creamy cheese, you’ll have to follow the 3-1-1 rule. The same goes for beverages. You’re free to bring mini bottles of alcohol (if they’re less than 3.4 ounces), but you should note that airlines prohibit you from drinking them onboard (whether they actually enforce that is another question).

What sized bag is considered a carry on?

You might be surprised to learn that TSA doesn’t have any official rules about what sized bag is considered a carry-on. Instead, that determination is up to individual airlines. However, you shouldn’t expect to get past security with a bag that clearly won’t fit in an overhead bin.

Before your flight, check your airline’s website to find out what their size requirements are for carry-on bags. In general, you should be safe if your bag meets the following dimensions:

If you’re trying to avoid paying additional fees, it’s wise to stick to these guidelines. Otherwise, if you get to the airport and your bag doesn’t adhere to airline carry-on restrictions, you’ll probably have to pay to check your bag.

If you’re flying with an ultra low-cost carrier like Spirit or Frontier, you’ll want to check the airline’s policies regarding carry-on bags. In most cases, you’ll be able to bring a personal item (like a small backpack or purse), but you’ll need to pay extra to bring a carry-on suitcase or a bag of similar size. You’ll also be subject to these rules if you’ve booked a basic economy fare on a United Airlines domestic flight unless you’re a MileagePlus Premier member or Star Alliance

Unlike many international airlines, US-based carriers don’t enforce limits on how much your carry-on can weigh. The only exception is Frontier Airlines, which imposes a 35-pound weight limit on all carry-on bags.

If you want to get through your security screening faster (and who doesn’t?), it’s essential to be familiar with the TSA and airline carry-on regulations. Play if safe by abiding by the 3-1-1 rule and checking anything that you don’t absolutely need or that could be considered dangerous.

If you’re a frequent traveler, you might also want to enroll in TSA PreCheck or CLEAR to get to your gate faster. With TSA PreCheck, you’ll have access to shorter security lines and bypass the standard security protocol, like removing your liquids or laptop from your bag or taking off your shoes.

Why Kamala Harris Is A…

Why Kamala Harris Is A…