Big news! Alaska Airlines miles are about to get a lot more useful

Alaska Airlines and American Airlines just announced they’re joining together in what they’re calling the West Coast International Alliance, with the goal of bringing more international flight options to Seattle and other West Coast cities. And Alaska plans to fully integrate into the Oneworld alliance by summer 2021.

The idea is that both Alaska and American can leverage their strengths to offer a better network for customers.

With American Airlines having an expansive network and a majority of its hubs being on the eastern side of the U.S., and with Alaska Airlines’ network being primarily on the West Coast, it’s easy to understand why this partnership makes sense. And how each airline will benefit from the relationship.

Alaska Airlines miles already offer some incredible value, especially for international partner awards. But by partnering with American (and eventually the other Oneworld carriers), Alaska’s frequent flyers will have access to the over 1,200 routes served by the alliances’ 14 airlines. Which will undoubtedly make Alaska miles more useful.

Alaska and American loyalty members will soon be able to earn and use miles from both airline loyalty programs on both airlines’ networks. Flyers will also get elite status reciprocity and lounge access at both the American Admirals Clubs worldwide and the handful of Alaska Lounges in the U.S.

This announcement appears to be a complete 180 from the news that broke in early Oct. 2019, when Alaska and American announced they planned to eliminate reciprocal mileage redemptions. And it means Alaska is moving away from its typical partnership approach where the airline favored relationships with individual airlines as opposed to one particular alliance.

I’m hopeful that this partnership will allow for easier booking and travel between the two networks. Plus, I’ll now have even more reason to rack up miles with my Alaska Airlines Visa® Business credit card and CitiBusiness® / AAdvantage® Platinum Select® World Mastercard®. And, being that I often fly out of Seattle when flying internationally (I’m based in Montana), I’m excited about the fact that this newly formed alliance will include more international routes from the West Coast.

For example, American Airlines will begin flying the first direct flight between Seattle and India in Oct. 2020. And in March 2021, they’ll launch daily service from Seattle to London.

What do you think about this news? We’d love to hear your thoughts in the comments below. 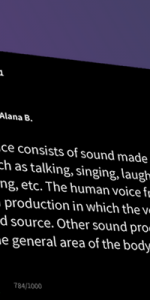 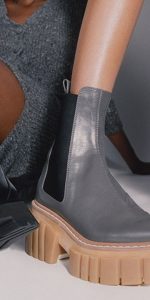 Ginsburg Will Be First Woman…