Beyond Burger arrives in Alibaba’s grocery stores in China

Beyond Meat is starting to hit supermarket shelves in China after it first entered the country in April by supplying Starbucks’ plant-based menu. Within weeks, it had also forayed into select KFC, Taco Bell, and Pizza Hut outlets — all under the Yum China empire.

China, the world’s biggest market for meat consumption, has seen a growing demand for plant-based protein. Euromonitor predicted that the country’s “free from meat” market, including plant-based meat substitutes, would be worth almost $12 billion by 2023, up from just under $10 billion in 2018.

The Nasdaq-listed food giant is now bringing its signature Beyond Burgers into Freshippo (“Hema” in Chinese), Alibaba’s supermarket chain with a 30-minute delivery service that recorded a spike in orders during the pandemic as people avoided in-person shopping.

The tie-up will potentially promote the animal-free burgers to customers of Freshippo’s more than 200 stores across China’s Tier 1 and Tier 2 cities. They will first be available in 50 stores in Shanghai and arrive in more locations in September.

“We know that retail will be a critical part of our success in China, and we’re pleased to mark this early milestone within a few months of our market entry,” Ethan Brown, founder and chief executive officer of Beyond Meat, said in a statement.

Plant-based meat has a long history in China, serving the country’s Buddhist communities before the diet emerged as a broader urban lifestyle in more recent times. Amid health concerns, the Chinese government told citizens to cut back on meat consumption in 2016. The middle-class urban dwellers have also been embracing fake meat products as they respond to climate change.

“Regardless of international or local brands, Chinese consumers are now only seeing the first generation of plant-based offerings. Purchases today are mostly limited to forward-thinking experimenters,” Matilda Ho, founder and managing director of Bits x Bites, a venture capital firm targeting the Chinese food-tech industry, told TechCrunch. “The good news is China’s per capita consumption of plant-based protein is amongst the highest in the world.”

“For these offerings to scale to mass consumers or attract repeat purchases from early adopters, there is tremendous opportunity to improve on the mouthfeel, flavor, and how these products fit into the Chinese palate. To appeal to health-conscious flexitarians or vegetarians, there is also plenty of room to improve the nutritional profile in comparison to the conventional tofu or Buddhist mimic meat,” Ho added.

The fake meat market is already rife with competition. Domestic incumbent Qishan Foods has been around since 1993. Hong Kong’s OmniPork and Alpha Foods were quick to capture the new appetite across the border. Nascent startup Zhenmeat is actively seeking funding and touting its understanding of the “Chinese taste.”

Meanwhile, Beyond Meat’s rival back home Impossible Foods may be having a harder time cracking the market, as its genetically-modified soy ingredient could cause concerns among health-conscious Chinese. 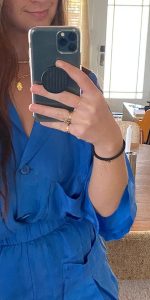 I’m Out of Closet Space…

Blavity has a big opportunity…