Africa is using digital finance as a means to stem the spread of COVID-19.

Governments and startups on the continent are implementing measures to shift a greater volume of payment transactions toward mobile money and away from cash — which the World Health Organization flagged as a conduit for the spread of the coronavirus.

It’s an option facilitated by the boom in fintech that’s occurred in Africa over the last decade. By several estimates, the continent is home to the largest share of the world’s unbanked population and has a sizable number of underbanked consumers and SMEs.

But because of that, fintech — and startups focused on financial inclusion — now receive the majority of VC funding annually on the continent, according to recent data.

The country’s largest teleco, Safaricom,  implemented a fee-waiver on East Africa’s leading mobile-money product, M-Pesa, to reduce the physical exchange of currency in response to COVID-19.

The company announced that all person-to-person (P2P) transactions under 1,000 Kenyan Schillings (≈ $10) would be free for three months.

The move came after Safaricom met with the country’s Central Bank and per a directive from Kenya’s President Uhuru Kenyatta “to explore ways of deepening mobile-money usage to reduce risk of spreading the virus through physical handling of cash,” according to a release provided to TechCrunch from Safaricom.

Kenya has one of the highest rates of mobile-money adoption in the world, largely due to the dominance of M-Pesa in the country, which stands as Africa’s 6th largest economy. Across Kenya’s population of 53 million, M-Pesa has 20.5 million customers and a network of 176,000 agents.

With all major providers in Kenya there are 32 million subscribers, which means roughly 60% of the country’s population has access to mobile-money.

On March 20, the West African country’s central bank directed mobile money providers to waive fees on transactions of GH₵100 (≈ $18), with restrictions on transactions to withdraw cash from mobile-wallets.

The trajectory of the coronavirus in Africa is prompting more countries and tech companies to include mobile finance as part of a broader response. The continent’s COVID-19 cases by country were in the single digits until recently, but those numbers spiked last week leading the World Health Organization to sound an alarm.

“About 10 days ago we had 5 countries affected, now we’ve got 30,” WHO Regional Director Dr Matshidiso Moeti said at a press conference Thursday. “It’s has been an extremely rapid…evolution.” 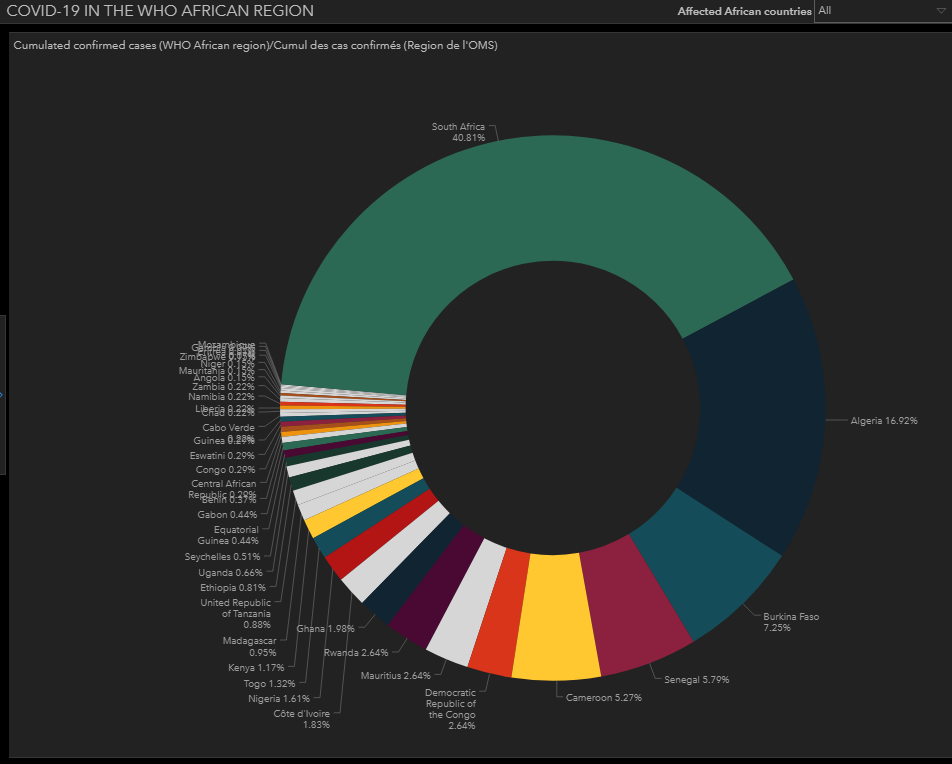 By the World Health Organization’s stats Monday there were 1321 COVID-19 cases in Sub-Saharan Africa and 34 confirmed deaths related to the virus — up from 463 cases and 10 deaths last Wednesday.

The country with 40% of the region’s cases is South Africa, which declared a national disaster last week, banned public gatherings and announced travel restrictions on the U.S.

Unlike Ghana and Kenya, the government in Africa’s second largest economy hasn’t issued directives toward mobile payments, but the situation with COVID-19 is pushing fintech startups to act, according to Yoco CEO Katlego Maphai.

The Series B stage venture develops and sells digital payment hardware and services for small businesses on a network of 80,000 clients that processes roughly $500 million annually. 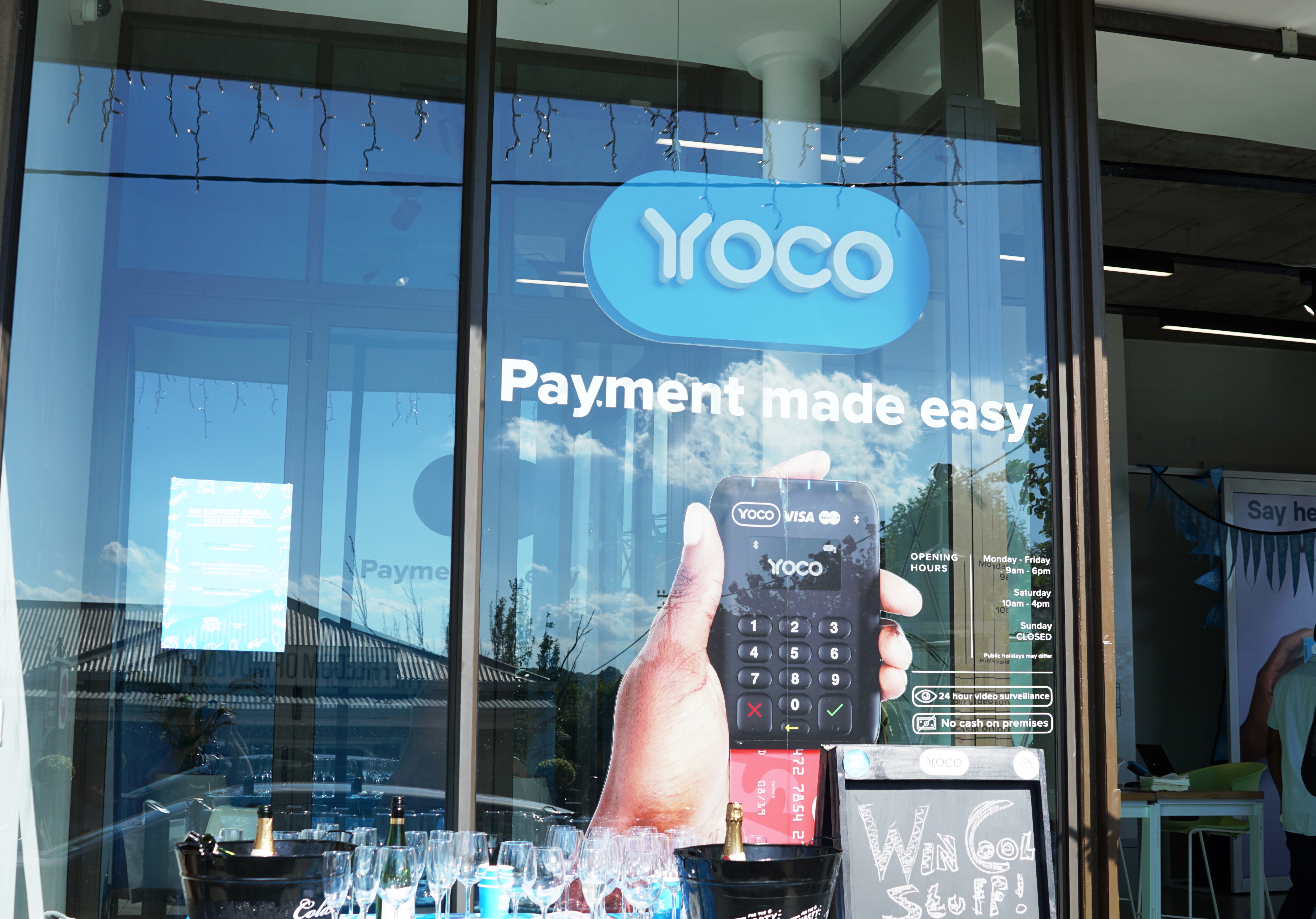 With the growth in coronavirus cases in South Africa, Yoco has issued a directive to clients to encourage customers to use the contactless payment option on its point of sale machines. The startup has also accelerated its development of a remote payment product, that would enable transfers on its client network via a weblink.

“This is an opportunity to start driving contactless adoption,” Maphai told TechCrunch on a call from Cape Town.

In Nigeria — home to Africa’s largest economy and population of 200 million — the growth of COVID-19 cases has shifted the country toward electronic payments and prompted one of the country’s largest digital payments startups to act.

Lagos based venture Paga made fee adjustments, allowing merchants to accept payments from Paga customers for free — a measure “aimed to help slow the spread of the coronavirus by reducing cash handling in Nigeria,” according to a company release.

Parts of Lagos — which is connected to Nigeria’s largest commercial hub of Lagos State — have begun to require digital payments in response to COVID-19, according to Paga’s CEO Tayo Oviosu .

“We’re seeing some stores that are saying they are not accepting cash anymore,” he told TechCrunch on a call from Lagos. 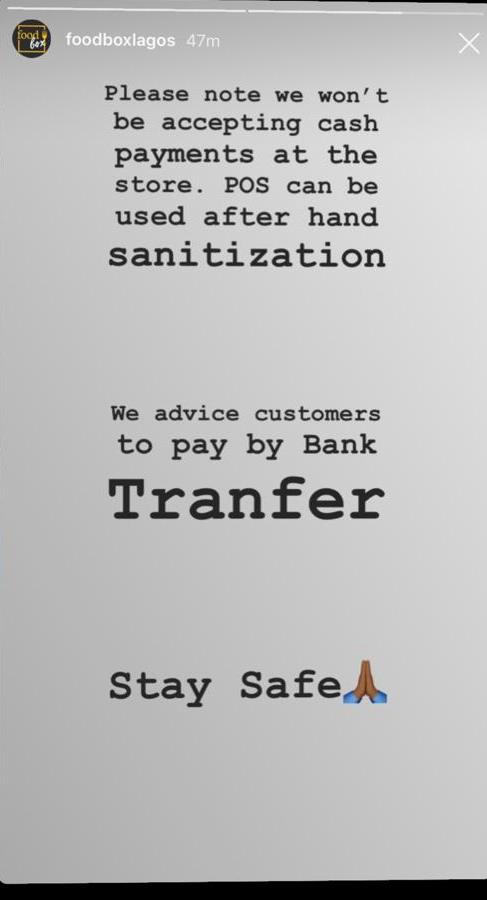 Paga already offers free P2P transfers on its multi-channel network of 24,840 agents and 14 million customers. The startup, that recently expanded to Mexico and partnered with Visa, will also allow free transfers up to roughly 5000 Naira (≈ 15) from customer accounts to bank accounts, to encourage more digital payments use in Nigeria.

Paga’s CEO believes the current COVID-19 crisis will encourage more digital finance adoption in Nigeria, which has shown a cash-is-king reluctance by parts of the population to use mobile payments.

“I think it will help move the needle, but it won’t be the final straw that breaks the camel’s back,” he said.

Time and research will determine if efforts of African governments and tech companies to encourage digital payments over physical currency yield results in halting the spread of COVID-19 on the continent.

It is a unique case-study of mobile finance in Africa being employed to impact human behavior during a public health emergency.